Did you know that a Dutch merchant named these multicolored gems Tourmaline?  Centuries ago the first tourmaline was discovered somewhere in hidden Brazil. Immediately there was a tangle of reactions, had they found an emerald? Or was it something else? You can hardly imagine, but this confusion lasted for several centuries.

Thanks to further development in mineralogy, scientists learned more and more about tourmaline.

Then they found colorful pebbles in the riverbeds of Sri Lanka which were equal to the green tourmaline from Brazil. When a Dutch merchant saw these colorful pebbles he got the association with the word "mixed gems' or 'Toramalli' in Sinhala. From that moment, these special gems are named Tourmaline.

And the pink and green tourmaline has the exotic name watermelon tourmaline.

Tourmaline clears the head and strengthens the wellbeing.

Tourmaline and the zodiac signs Libra, Scorpio and Capricorn.

Tourmaline is the birthstone October 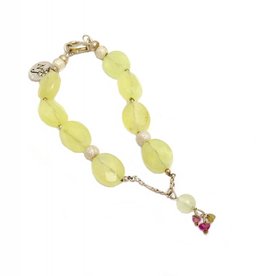 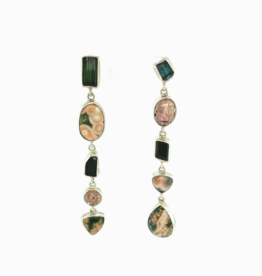 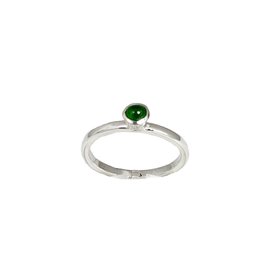 Beautiful facetted green, bluish green and pink (rubellite) tourmaline dangle earrings from our Kiliaan Collection.
Add to cart
Earrings tourmaline, multi color €225,00
By using our website, you agree to the usage of cookies to help us make this website better. Hide this message More on cookies »