The meaning when you buying carnelian jewelry

Besides Lapis Lazuli, the carnelian was already a popular gemstone in earlier times. The warm orange stone was used in jewelry and as a talisman. Because of its beautiful color cornelian was often associated with kings, could it also because this stone was known for good health and happiness?

Since ancient times, many people have regarded the carnelian as a symbol of good luck. But did you know that in the 18th century, the English and French royalty used gemstone language to convey messages? The first letter of the various gemstones in a piece of jewelry stood for a particular message or name that the wearer wanted to convey.

Carnelian is the orange gemstone who is a perfect fit with the second or sacral chakra.

The beautiful orange carnelian or cornelian is the gemstone for four zodiac signs Taurus, Cancer, Leo and Virgo.

Looking for the birthstone of the month July? Check the orange carnelian (the other one is ruby). In Great Britain the cornelian is the July birthstone.

A short spiritual silver necklace with a Circle of Life pendant and a lovely carnelian. Length necklace 39,5 cm, with an extension chain of 5 cm.
Add to cart
Necklace Circle of Life carnelian €55,00 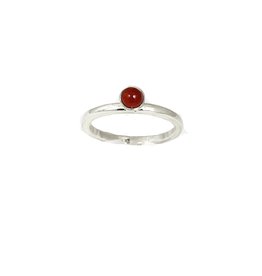 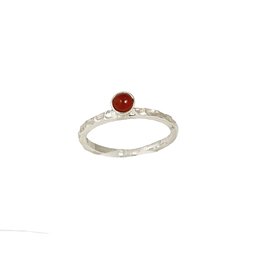